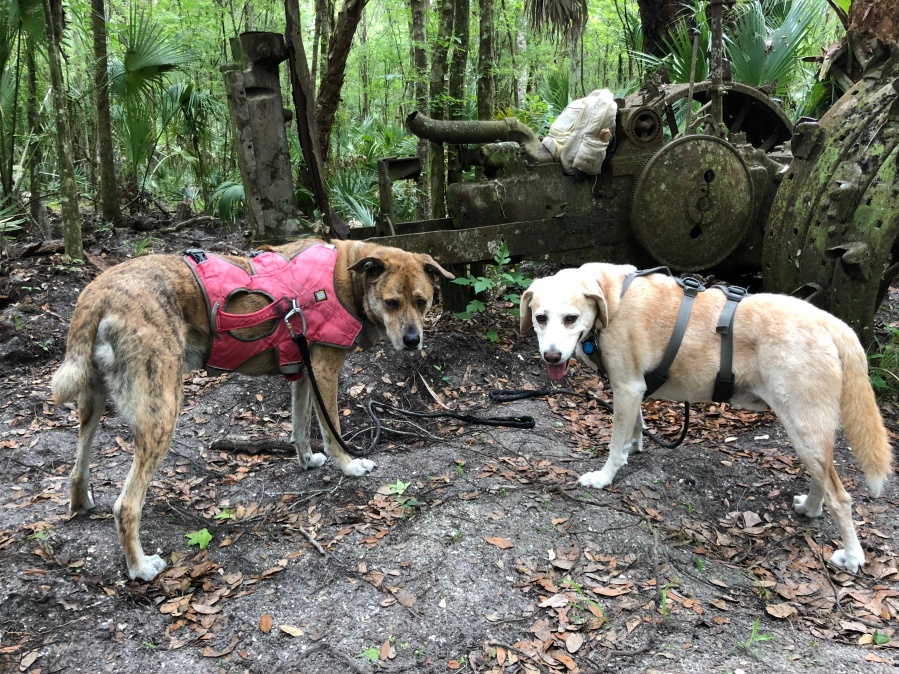 Then, throw in a broken down air conditioner.

Throw in a broken down RV.

And then throw in a distraught couple of persons into the mix. 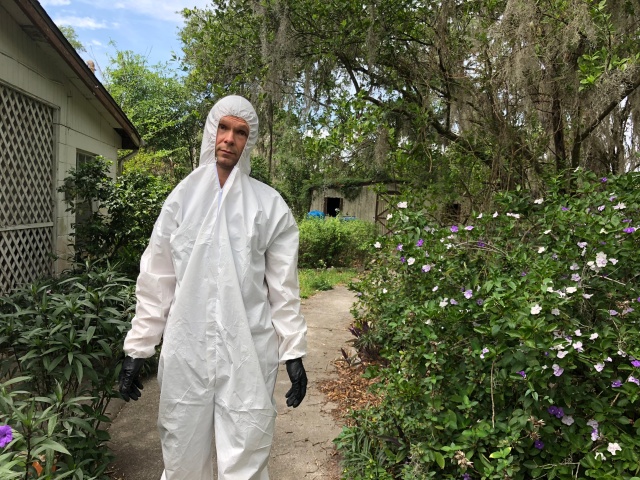 You might as well be making useless cookies with coconut shreds inside. Because who wants those stringy cookies? You know you have thought that. Don’t start me again on the raisins, or You. Are. Arrested.

Anyway, we were supposed to be leaving Memaw Macaw’s house yesterday.  It was a Monday and we knew that we had a lot to do to get ready, but we have been through this gig before.  We just haven’t had to deal with sabotage.  Sabotage, my friends. And it was a job for me like no other.  I could solve it.  I could do it.  Yet my time was short.  As short as my temper.  And I was on the lookout for a suspect.

But then I thought perhaps Lele was to blame.  Yes, everyone knows she is smitten with me.  Everyone is.  But Lele was busy hiding in all the boxes to even notice we were leaving.  I think it will be easier for her that way, not to have to say goodbye to the handsomest dog she will ever meet. So no, Lele was not a suspect in the sabotage of the RV.  She was only a suspect in love.

Then, there was only one suspect left around here…Tommy Cat.

I have had my eyes on Tommy Cat since we got here.  A free man of the wild, Tommy Cat likes to spend his days lounging and chasing varmits.  He then likes to harass me and cause me to chase him, which in turn gets me arrested by myself.  So to say that he is already a criminal around here is an understatement about as deep as my dirt hole. 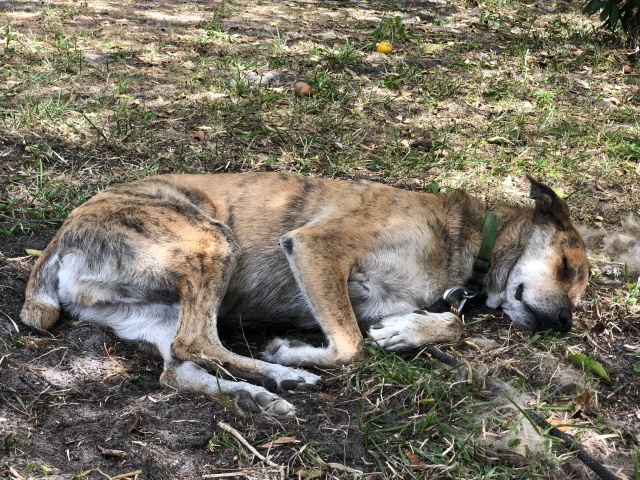 So when we were about to leave on Monday, the crime spree started.  First, it started pouring down rain.  Huh.  Tommy Cat liked to watch raccoons eating his cat food in the rain.  It was like his relaxing entertainment. Did he do a cat rain dance on a Monday?

The persons thought about it and said we shouldn’t make the trek to Jacksonville, Florida in the rain. But hey.  Maybe we would anyway after Boy Person tied up some loose ends on the RV.  And so outside he went, only to find that something…had built a nest in the radiator.  And the loose ends turned into more loose ends with dead ends as useless as pizza crust.  We might have to stay an extra day.  And I wondered.  Where. Was. Tommy. Cat. 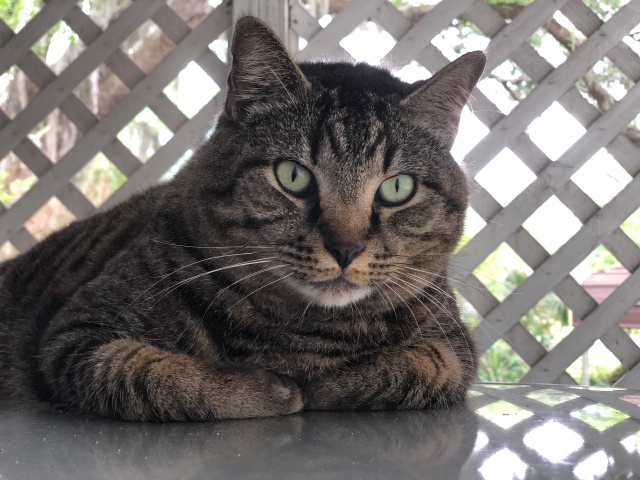 There he was, being Tommy Cat all by himself on top of Memaw Macaw’s car and his bowl of half eaten raccoon cat food.  I looked around, saw the broken RV and the rain, and thought that perhaps the most comfy accommodations around here in the thick, Florida air would be inside in some nice air conditioning.  Until.  I heard the persons saying that they wouldn’t work.  That everything we had was self destructing.  And this all seemed like a coincidence, except not.  Because although we had problems before, none had been all at once.  And I wondered.  Where. Was. Tommy. Cat. Now.  Because I was about to law down the law.

I found Tommy Cat, being all Tommy and a cat right behind the RV.  Another coincidence that was not a coincidence.  He ran up a tree and thought by doing that, he would make good and sure that we did not leave.  No, he didn’t want to be left here by himself with Memaw.  That is what he was yelling down to me.  He said that he had grown quite fond of us over the past month and that he perhaps was thinking of being a traveling cat.  I explained to him as I was writing his arrest report, that this was not the way to go about it.  First of all, he was about to be a traveling cat.  He had new places to go with Lele and Memaw Macaw.  He was going to have a new house…with air conditioning I might add.  He was going to start a new life of leisure as a man cat in a new world.  And I wished him well. But for all of the problems he caused trying to delay our trip to Jacksonville, I had one more thing to say. 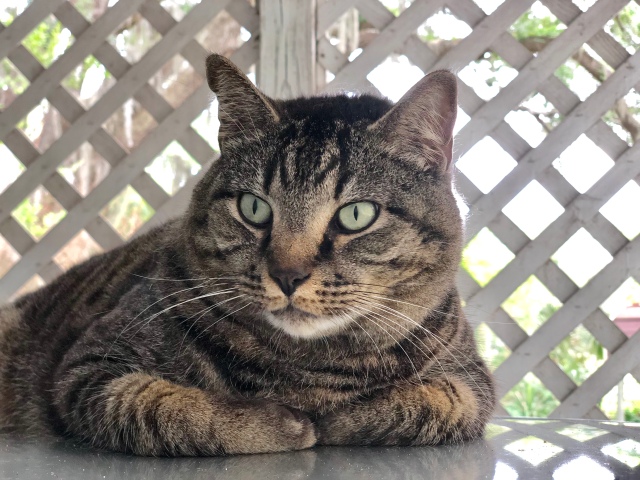 I did let him know that he would only be on probation so that he could cross state lines.  But that didn’t make his crimes any less.  As we came to an understanding, and we changed our travel plans to today, Girl Person tried to keep packing and not be disappointed.  You see, we have to make room for all of the people who will now be coming to finish the packing and the moving for Memaw Macaw.  Seems as though a Big Blue Treat Wagon RV can get a bit in the way when it takes up a whole driveway.

So as long as we receive no inference today from Tommy Cat, we should be taking this show on the road again.

Girl Person said that she needed to clean things up a bit before we headed out.  And so she was scrubbing and cleaning all of the dog hair. Everywhere. And with her last round, she took a breath and remarked that maybe this was our fresh start.  A new start.  And then.  The vacuum exploded hair and dust and dirt…all…over…her head.  And she said.  Yep.  That’s about right.  Tommy!!!

So we will ask one more time.  Will you join us? Are you ready? Let’s do this!

Shop our online store for all of your 2 Traveling Dogs merchandise, including cups, mugs, shirts and even baby apparel! 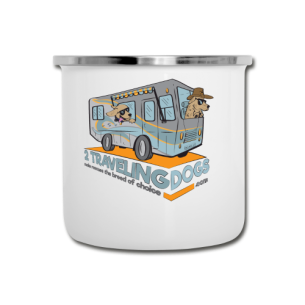 3 thoughts on “The Prime Suspect”